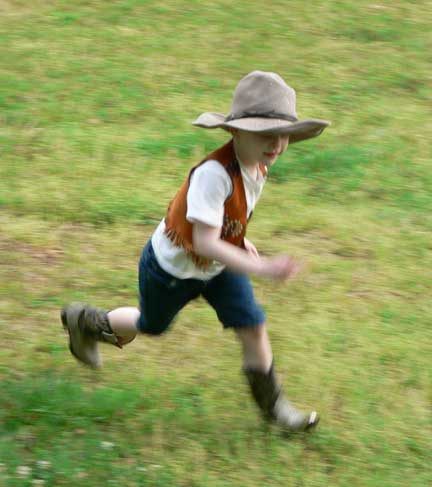 This little cowboy is about to be 8 years old.  Good gracious, time doth fly.

He is growing in strength and wisdom.  Observe the sage advice offered from son to daughter just this evening:

“One of the secrets to hiding is to hold your burps and poots.”

I mean, that just makes a mother proud.  He is available as a motivational speaker for your next team building event.

In honor of his birthday, I am going to go into the archives of his boyhood to share some photos and quotes.  Oh, the laughter he has brought into our home.  One day, I am going to publish a book of these gems so I can read them everyday.

Here’s one when he was two, and was just learning to talk.  He sounded like a little serious Frankenstien/Caveman when he grunted out his words.

His first sentence, when he saw a bird singing in the back yard: “Duck. Sing. Song.” 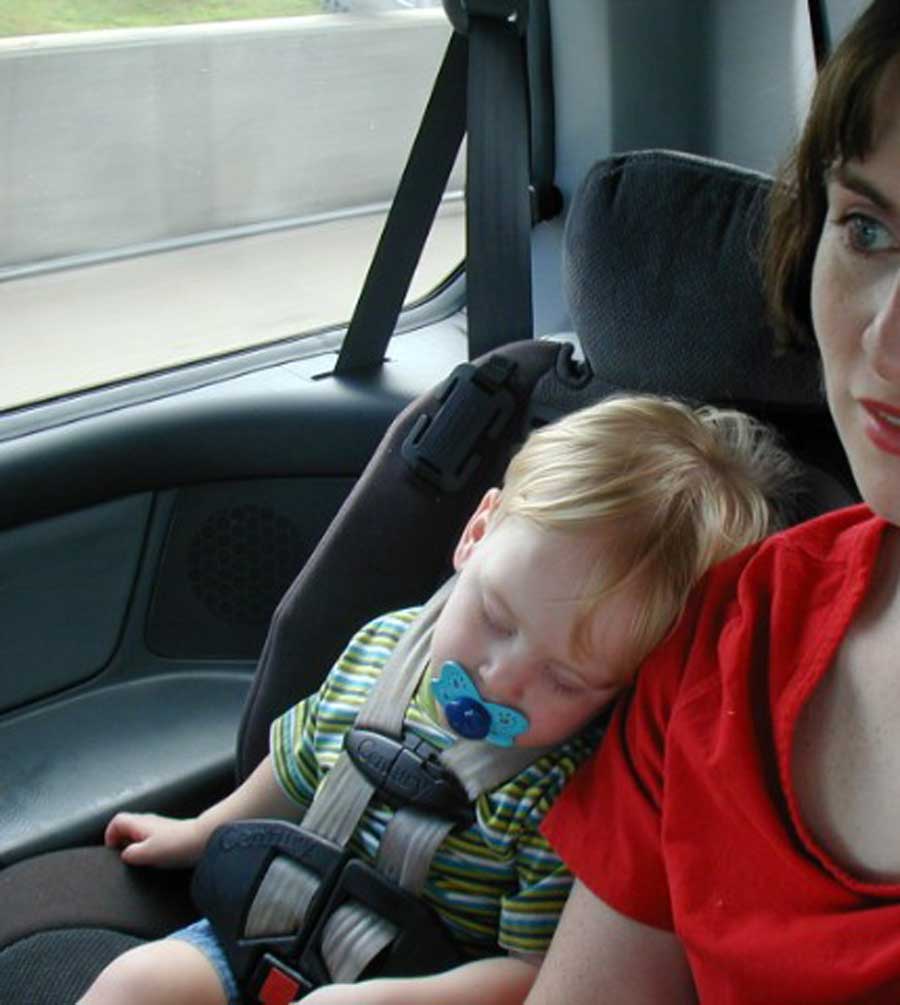 6/21/2004
My boy keeps shaking his head no and saying “Like, underwear” (I don’t like underwear).  We were stumped trying to decipher why he didn’t like his underwear.
Finally we figured out that he meant the thunder from the pop-up thunderstorms we’ve had through the day when he said “Underwear break house.” 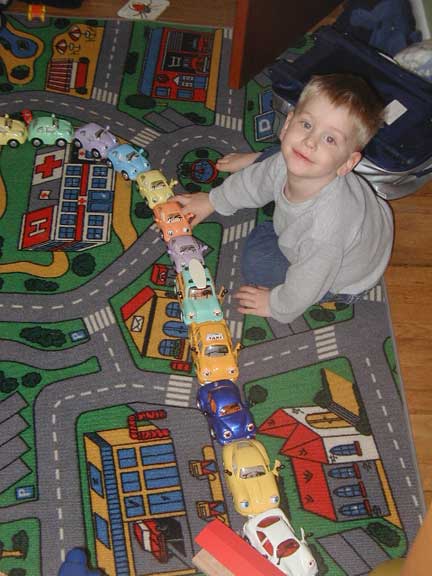 2006: My boy and his big sissy found some earthworms and brought them in as pets.  They named them Tom and Jerry.  I made them take the dirt packed bug keeper outside, and we decided to set Tom and Jerry free in the flower garden.  When we were releasing them, I had to bite my lip and hold back my laughter…Tom was Jerry’s better half.  I didn’t tell them that they had cut one worm in half…we just released them back into the wild and I called the Weatherman later and we laughed our heads off. 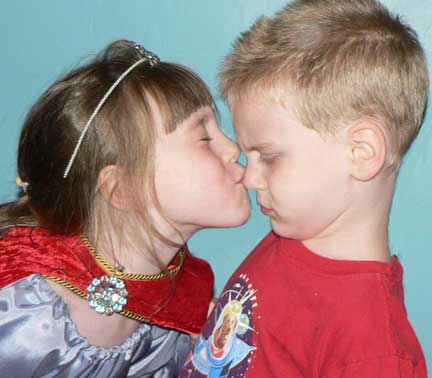 At the tender age of four, he had very firm fashion convictions.  He L.O.V.E.D. shorts with an elastic waist.  He required elastic waists, and would settle for nothing less.  I was so happy when I talked him into a pair that just had the elastic in the back.

And he came out of his room wearing them…

backwards.  He was concerned that shorts without the holding power of elastic would fall down.  And he wanted to maintain a visual with that elastic.  Thank you very much.  He also went through a short simultaneos phase of tucking in his shirt to aforementioned elastic waist shorts, pulled up high and tight… 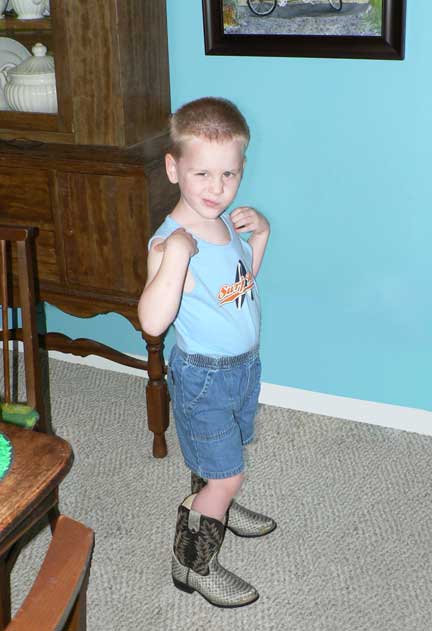 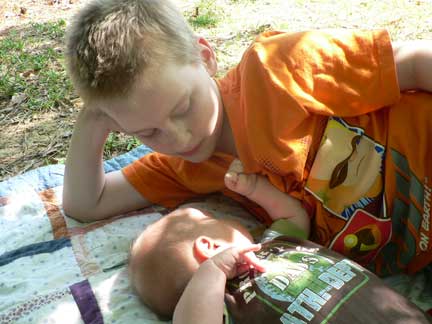 I love you, boy.  Now stop growing up so fast.  That’s an order!