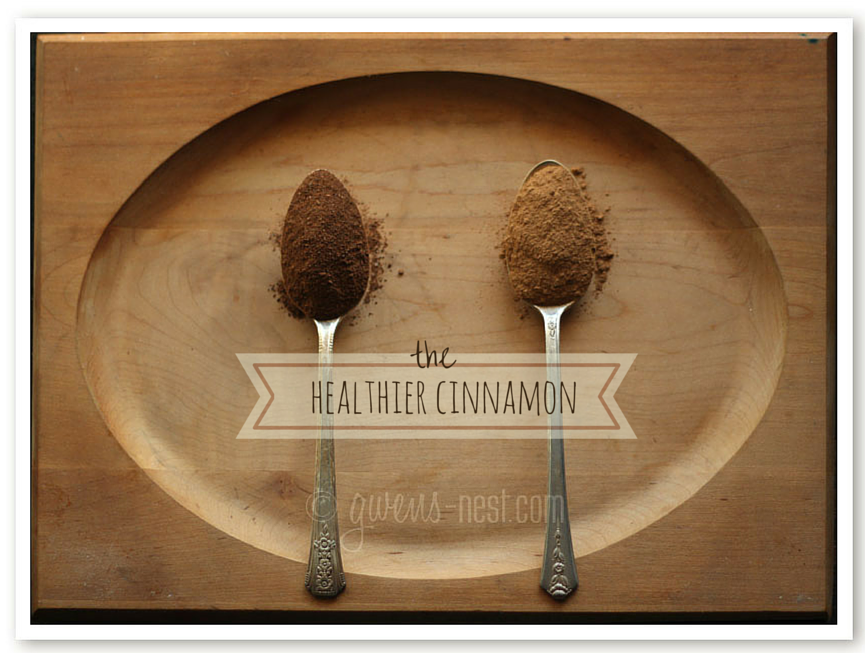 Is all cinnamon healthy? Well, yes and no. Look, I’m not here to smack your hands or check your cabinets. But when I discover something really cool that makes my food healthier and taste better, I want to tell you all about it!  We all know cinnamon is a kitchen spice cabinet staple, and we love the warm wonderful flavor and smell. Did you know that cinnamon is also a fantastic spice for overall health? It’s been used for thousands of years as a spice and for health benefits related to blood sugar and weight management.

Cassia cinnamon is a hearty/heavily flavored form of cinnamon. The darkly colored and thick bark of this species makes it difficult to crush. The bottle of cinnamon from the grocery store, and the hard, thick cinnamon sticks in my pantry are both cassia cinnamon. Can you tell which one of the spoons below is the cassia? 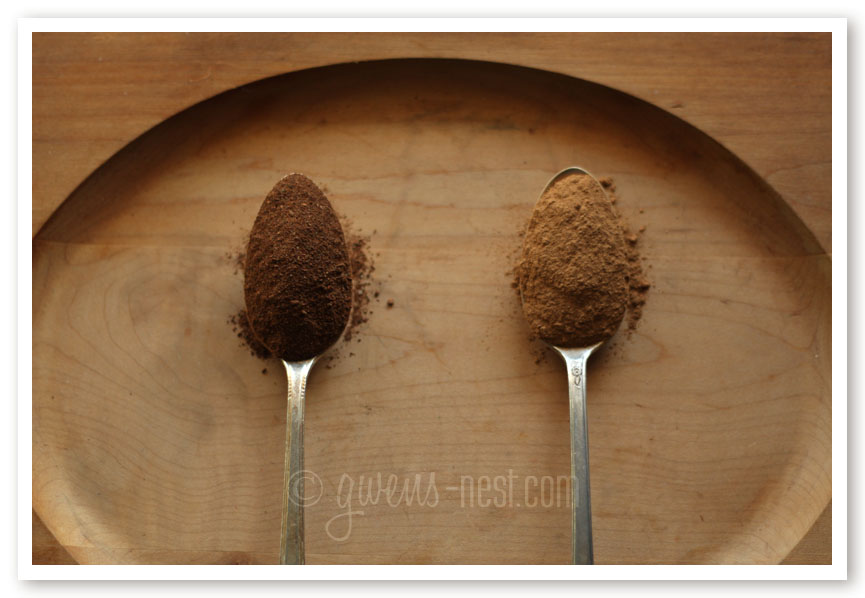 Cassia is dark and chunky

The benefit to cassia cinnamon is that it’s cheap and readily available, and there are some great studies that back up its healthy properties. The downside to cassia is that this species contains a higher level of a naturally occurring blood thinning component called coumarin.

Is cassia cinnamon healthy? The jury is still out for long term high dose usage. Though it’s thought to be fairly safe in small amounts, animal studies have raised concerns on the toxicity of coumarin and its potential for liver and kidney problems if too much is ingested. With the new research showing the benefits of cinnamon, larger amounts are being suggested for people with blood sugar issues.  This pushes us into new territory with how we are using cinnamon, and the amounts of cinnamon (and coumarin) that we’re taking in over time.  The effects and safety limits for coumarin in small children and babies has not been well studied.

In Europe, there are warnings against using high daily amounts of cassia cinnamon, and tighter regulations on using cassia cinnamon in food products. A teaspoon of cassia cinnamon contains between 5.8 to 12.1 mg of coumarin.2 The effects and safety limits for coumarin in small children and babies has not been well studied.

The good news is that the coumarin component is oil soluble, so you can use water extraction with cassia cinnamon to reduce or exclude the coumarin content. Water extraction would be boiling sticks, or tying the powder into a coffee filter and steeping like tea. But stirring your cassia powder into a daily drink is not something I’m feeling too great about at this point.

I have great news, especially if you’re a cinnamon lover and use a lot of it, or if you’re taking cinnamon as a supplement. There is something better! I highly recommend looking into this tasty cousin of cassia: Ceylon cinnamon. Also known as “true cinnamon,” is a milder, sweeter form from the tree Cinnamonum Verum. It’s mainly harvested in Sri Lanka (formerly known as Ceylon…hence the name) and Madagascar.3 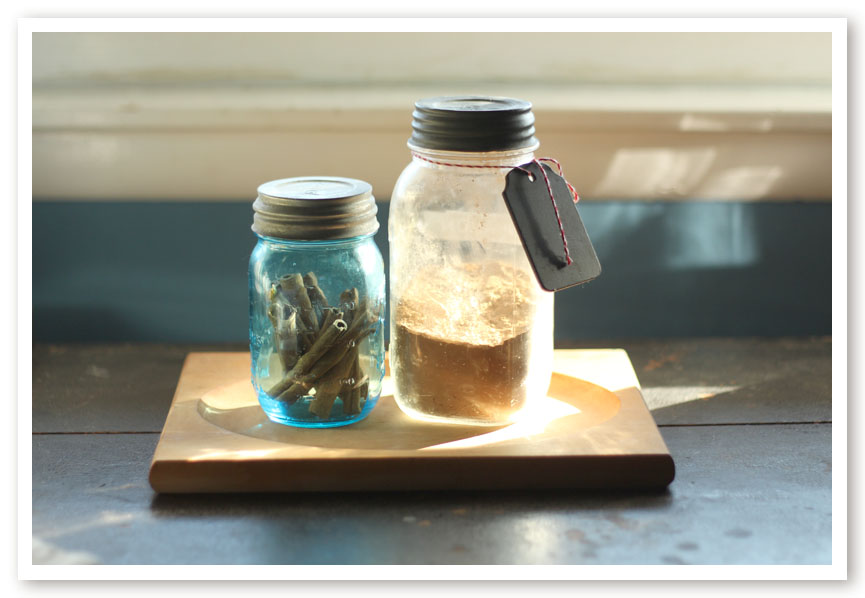 The really cool thing is that this form of cinnamon not only tastes amazing, but it’s got little to no risk of coumarin exposure even with high doses.4 And in animal studies, it shows impressive health benefits to boot including “attenuation of diabetes associated weight loss, reduction of fasting blood glucose, LDL and HbA(1c) , increasing HDL cholesterol and increasing circulating insulin levels” as well as improving the markers of what we know as metabolic syndrome, diabetic neuropathy, and insulin resistance “with no significant toxic effects on liver and kidney and a significantly high therapeutic [dose]”.5 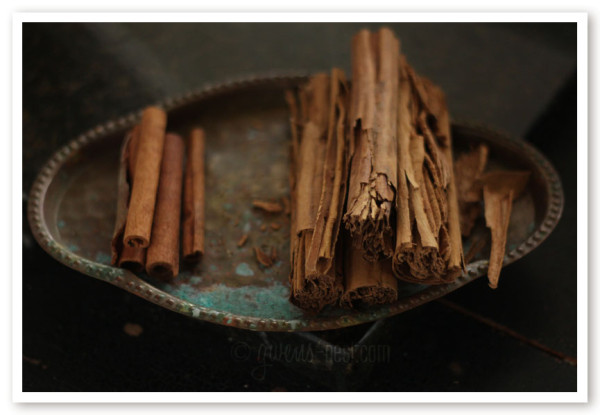 The other great news? You can get a full pound of it for a very fair price, considering what you’d pay for the little fancy bottles of the cheaper cinnamon in the grocery store.

Here’s where I bought my Frontier organic Ceylon cinnamon in a one pound bag. I found these beautiful ceylon cinnamon sticks in my local grocery in the ethnic aisle. And there’s a fun tip in the comments for making your own powdered cinnamon! 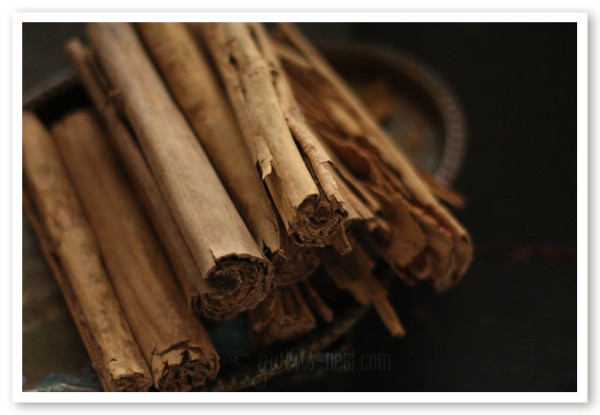 Since I’ve made the switch in my family, we’re loving the Ceylon cinnamon! I’m choosing to use up my cassia cinnamon sticks in things like scented herbal simmering pots, and the ground cassia to make cinnamon ornaments. It’s still fun for scents, but I feel better about using the Ceylon in our foods and drinks.

Have you tried Ceylon cinnamon? What do you think?